The house is getting quieter since Jeff delivered Duke (now Darby) to his new owner on Friday.  But, as I sit here writing this post, Moira’s crew is trying to make up for Darby’s absence by hosting a double wrestling match.  It seems as if we quiet one room and the other gets louder!

Darby accepted his new name with grace and then moved right in and started acting as if he owned the place.  According to his owner, Brian, he is an extremely happy puppy.   And to top it all off, the lucky boy has a new set of (human) grandparents who simply dote on him! 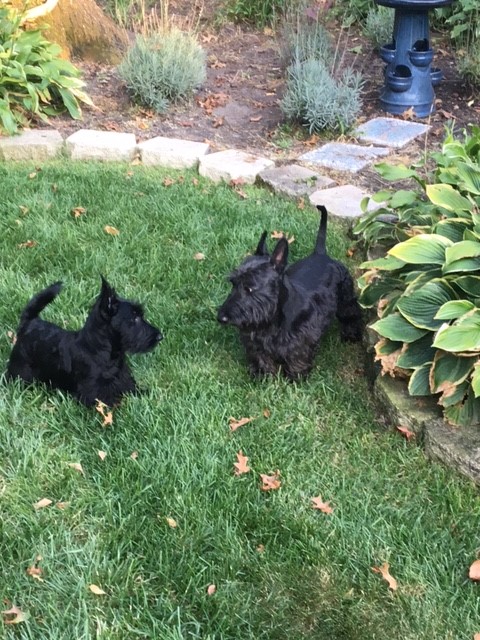 Darby has a great companion/older brother (Colby) showing him the ropes around the house.  The picture shown above is their first meeting.  Colby is giving Darby the stink eye and wondering how he got so lucky with a cute brother.  Just look at that stance on Darby! 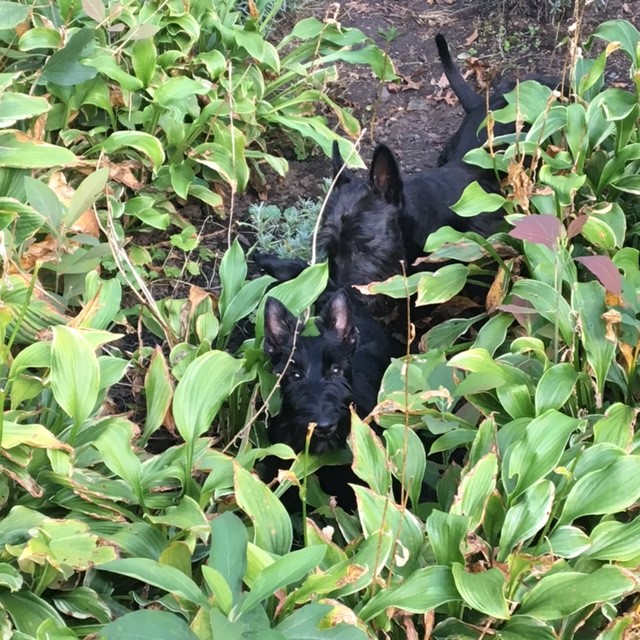 Colby has been guarding the Hosta plants for quite a while, making sure the squirrels and other critters don’t dig them up or eat them.  Now he’s watching Darby very closely and explaining to him that he’s not allowed to dig there.

Darby found a stick to carry around

Colby told Darby it would be okay if he helped Brian clean up the yard.  Here he is carrying a stick.  I’m guessing he didn’t carry it to the wood pile 🙂 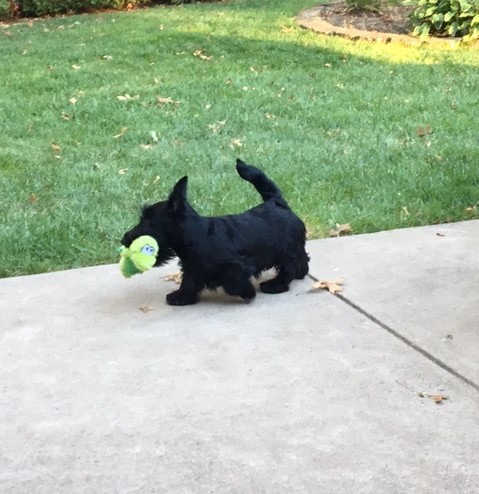 I guess Darby told Brian that he would need new toys when he got to his new home. He seems to love this green toy (not sure if it’s a monkey or a duck). 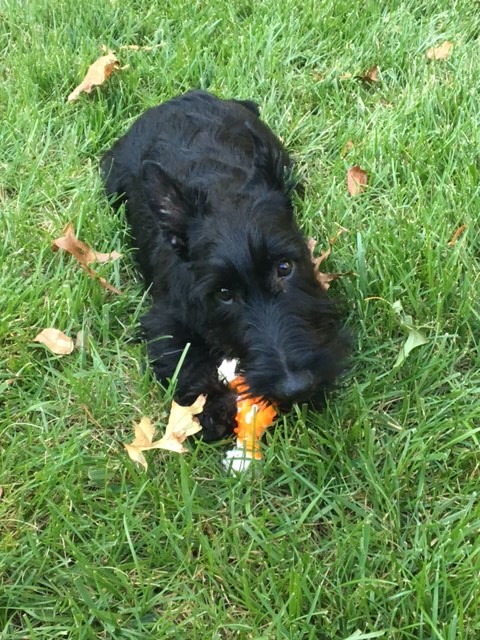 Darby has a wonderful thing to chew (the better to sharpen his “shark teeth!”

Everyone knows that puppies need to chew on things.  Brian planned ahead and made sure to have a nubby bone ready just for Darby.  What a great dad!