Yesterday was a whirlwind of grooming activity as Kelsey came to strip (and clip) the puppies. They all love her…except when she’s stripping them to encourage their hard coats to come in. Once they get used to it they won’t be so upset during the process. They’re stripped about every six weeks.

I took these pictures this morning — they’re not professional photos by any stretch of the imagination, but it’s fun to get the puppies outside and let them have fun.  Yesterday they were much too work out to much more than lay down in the yard and give me the stink eye!

The pictures are of both litters — Hope and Darby as well as Moira and Digger.  It’s very easy to tell them apart — Hope’s puppies are all black and Moira’s puppies are very brindled.

First up — Hope’s babies.  These puppies are all show quality youngsters. 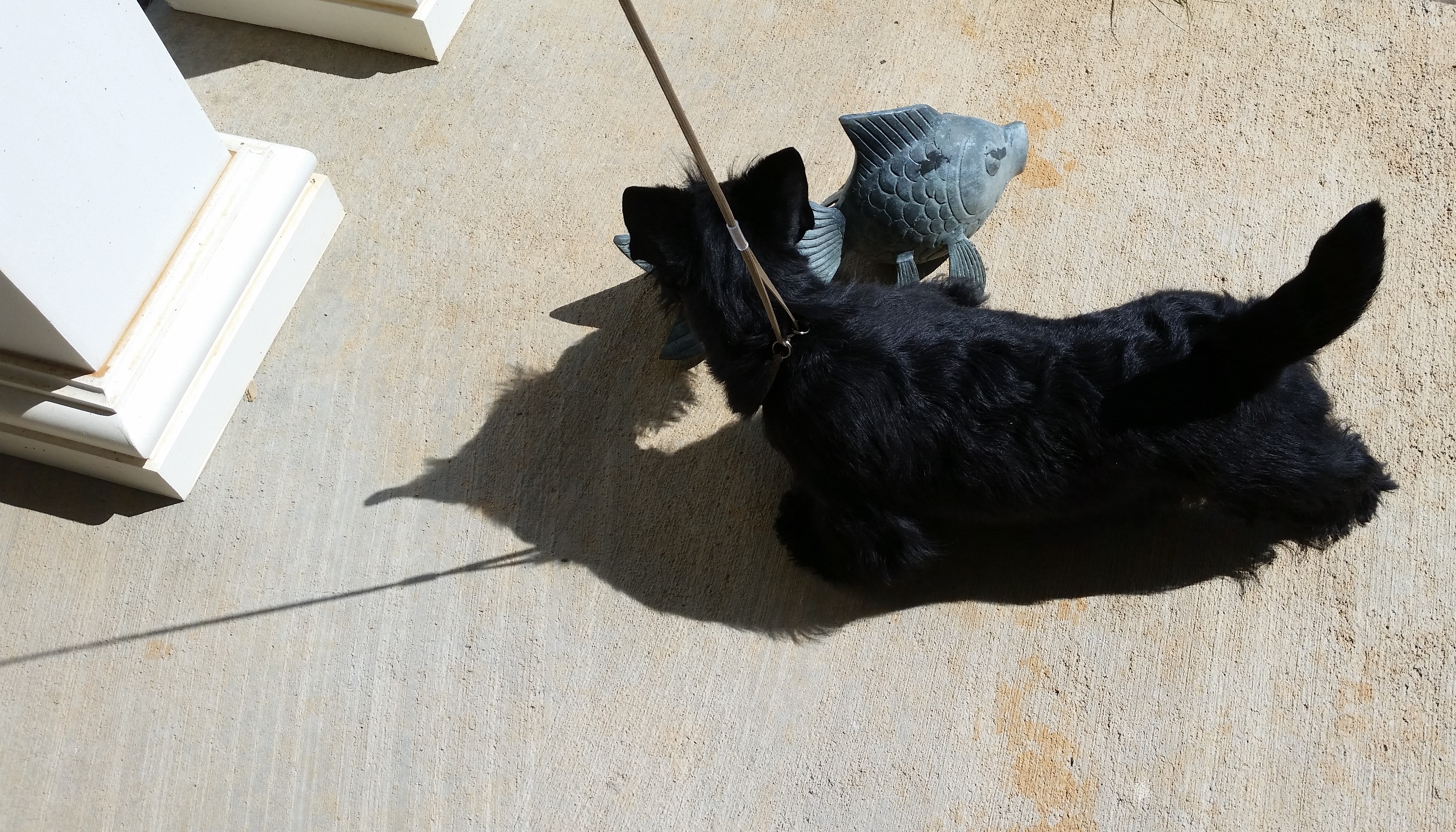 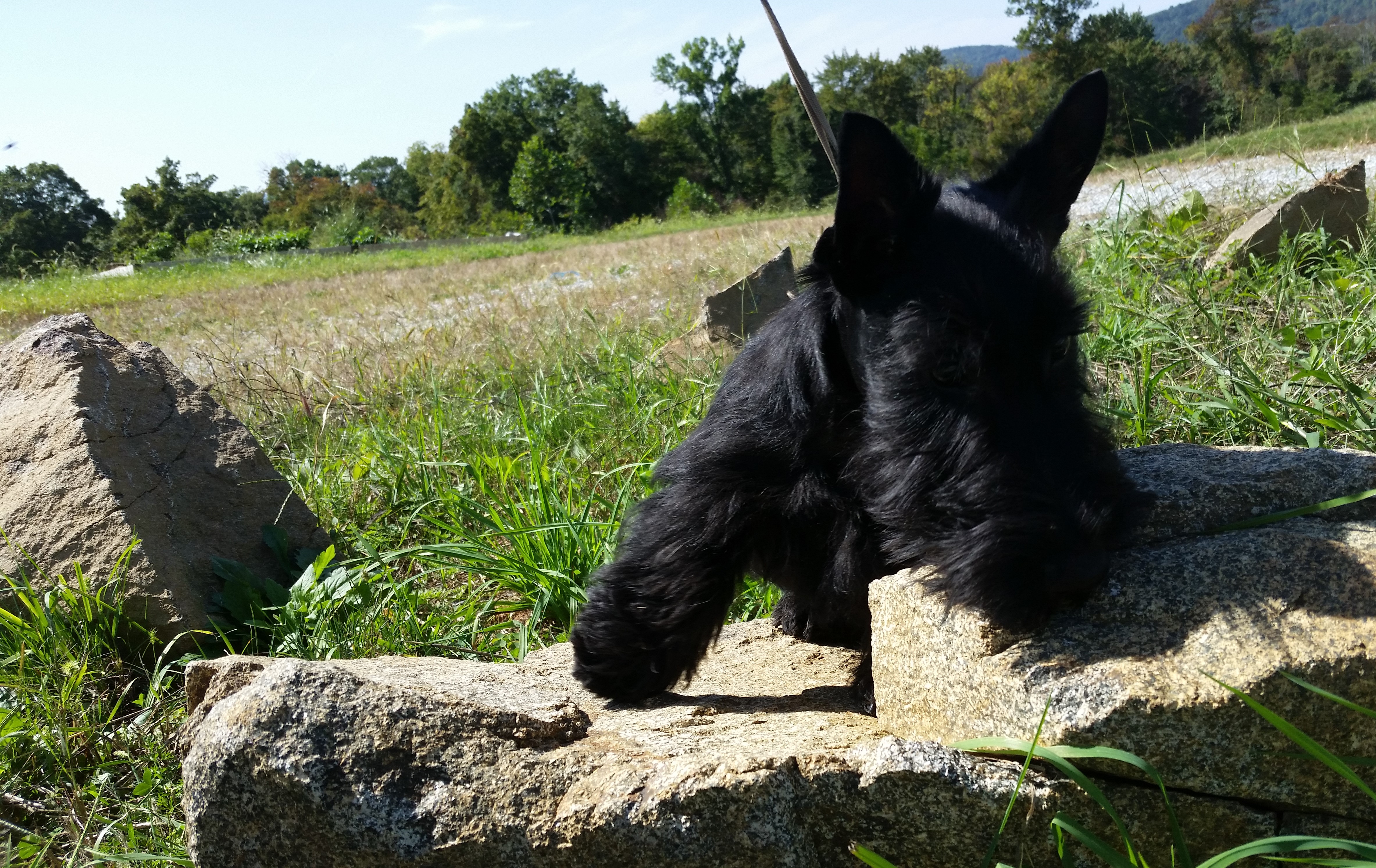 Duke on a rock in our yard 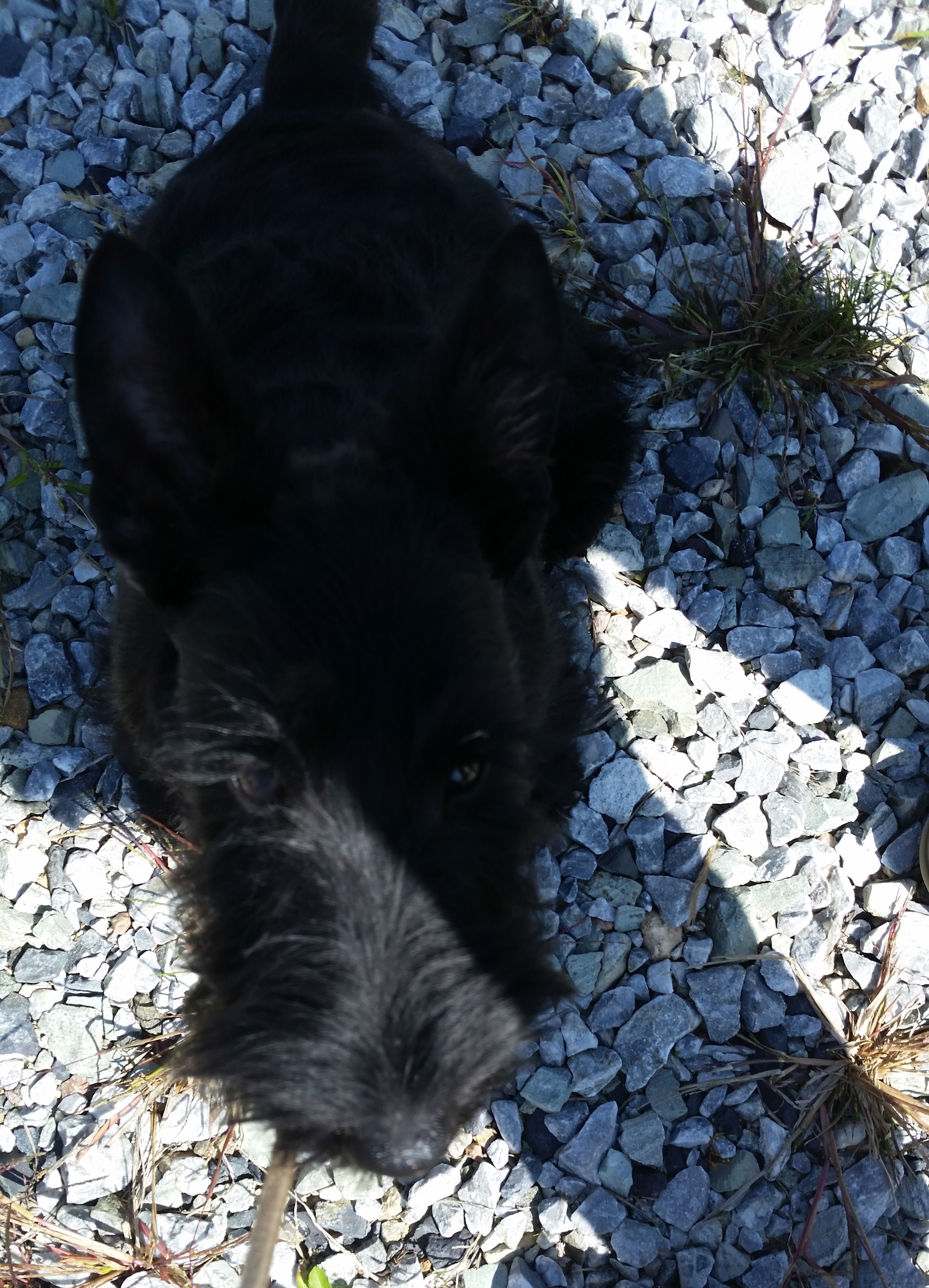 Joe looking up at the camera 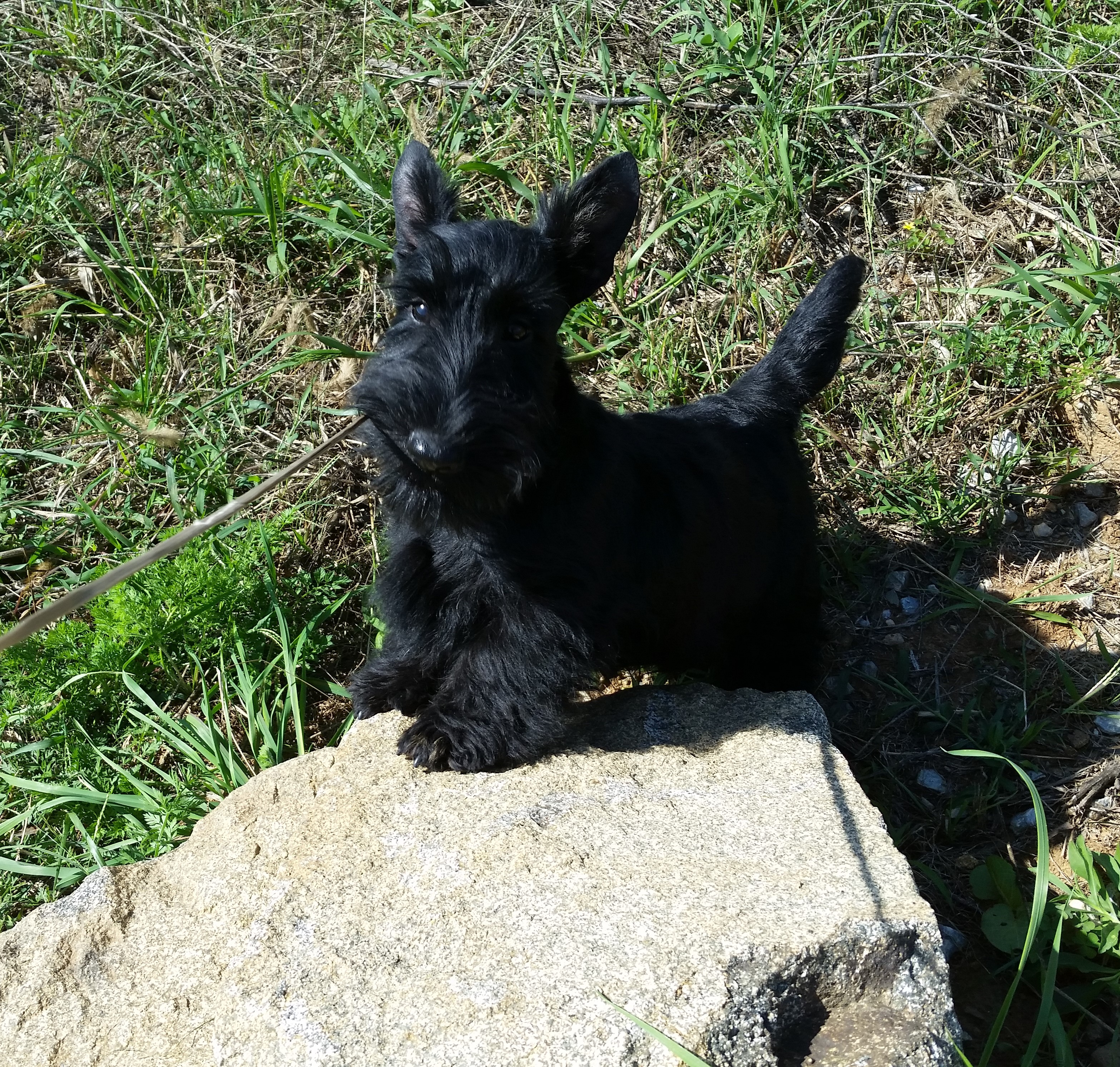 Joe on a rock in our yard

Molly and a frog yard ornament 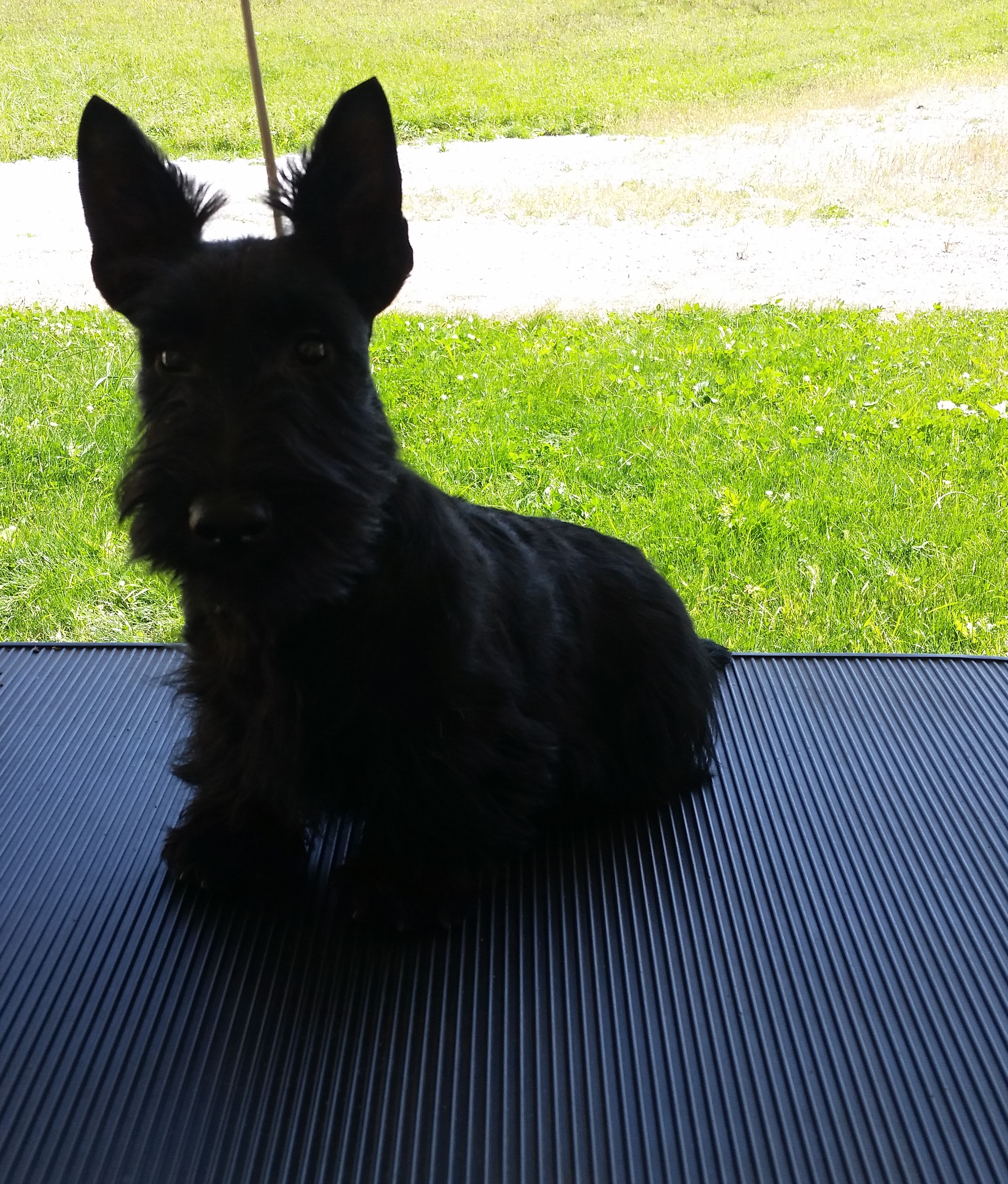 Molly on a grooming table 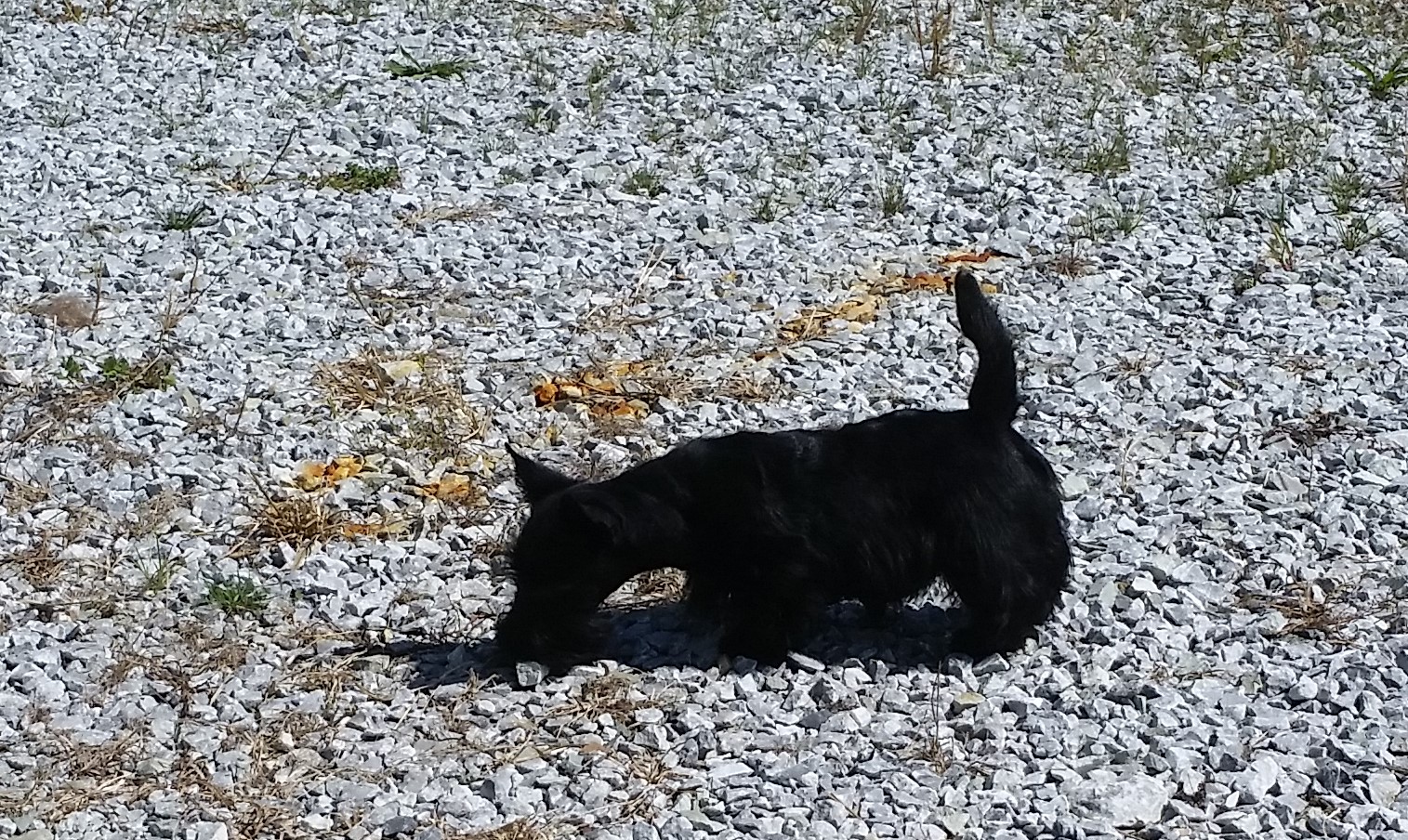 Lil in the driveway 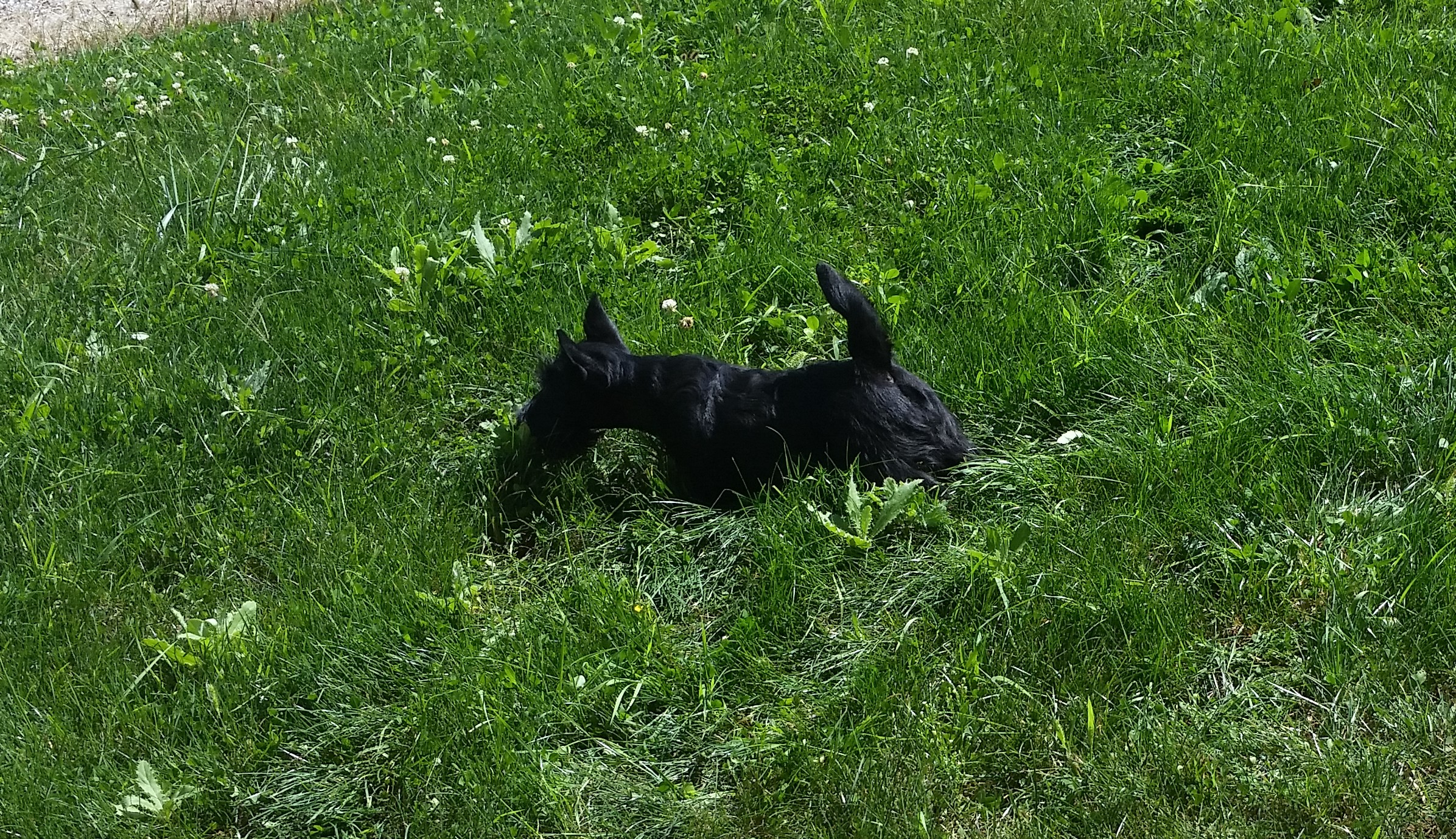 Lil in the grass

Next up, Moira’s babies.  The two boys have found their forever homes, but are remaining with us until after they’ve had their second round of shots.  They’re all headed to the Montgomery County Kennel Club Dog Show near Philadelphia in October for evaluation and more socialization.

Bentley — Bentley is headed for New York City.  His Mom, Yasmin, will pick him up during the Montgomery shows. 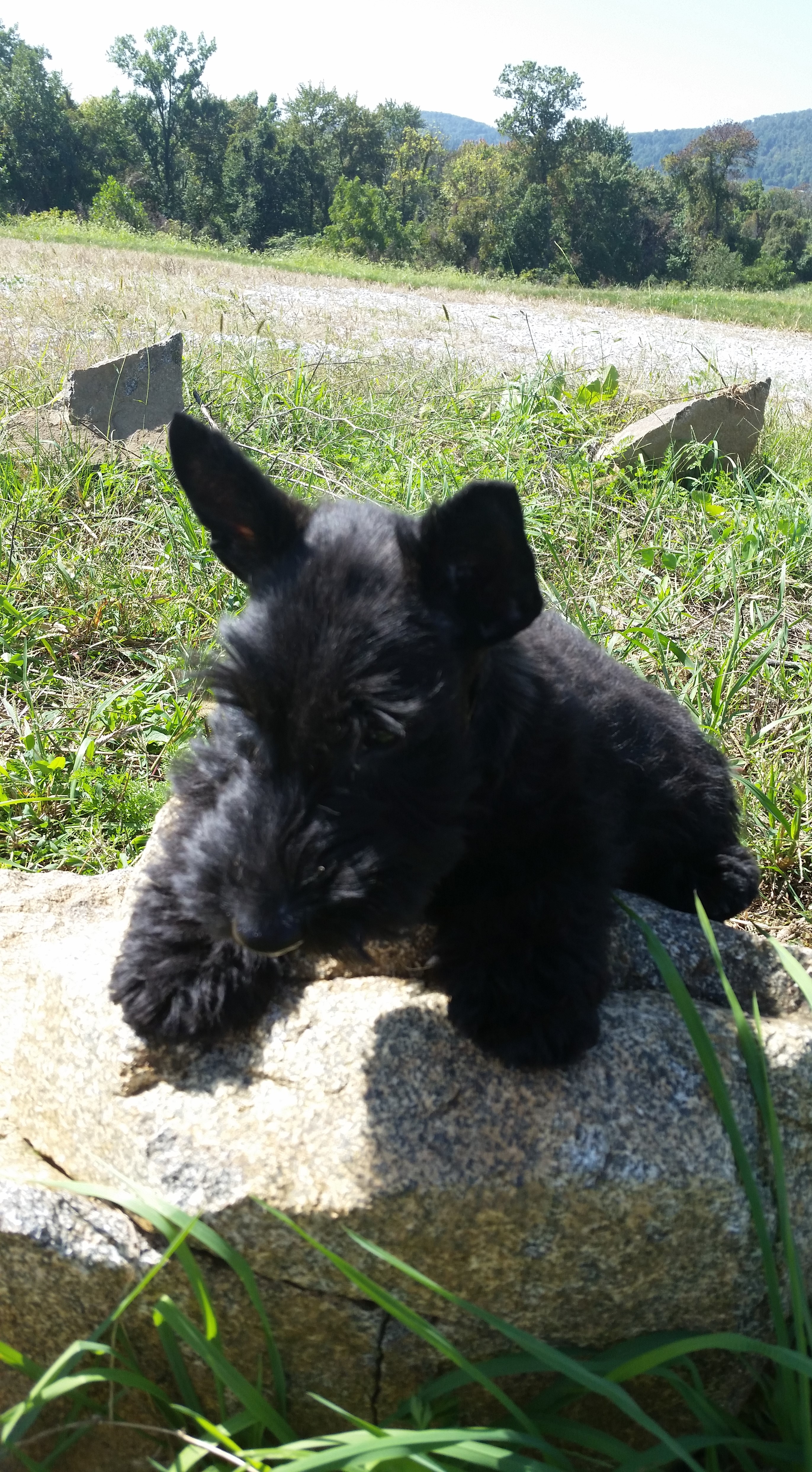 This is Bentley on a rock in our yard.  It was a little warm so he didn’t want to stay on it very long. 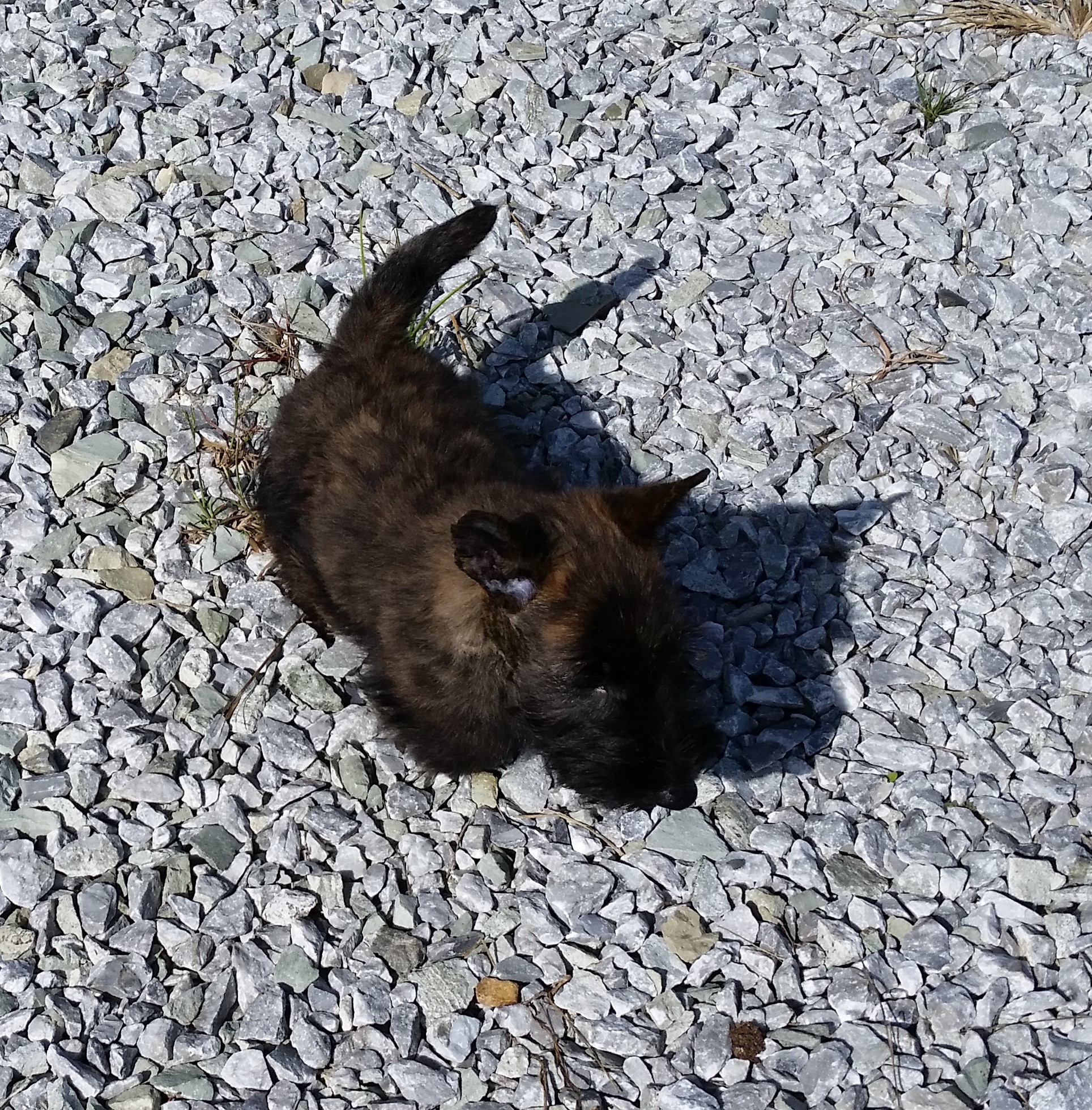 Wallace in the driveway 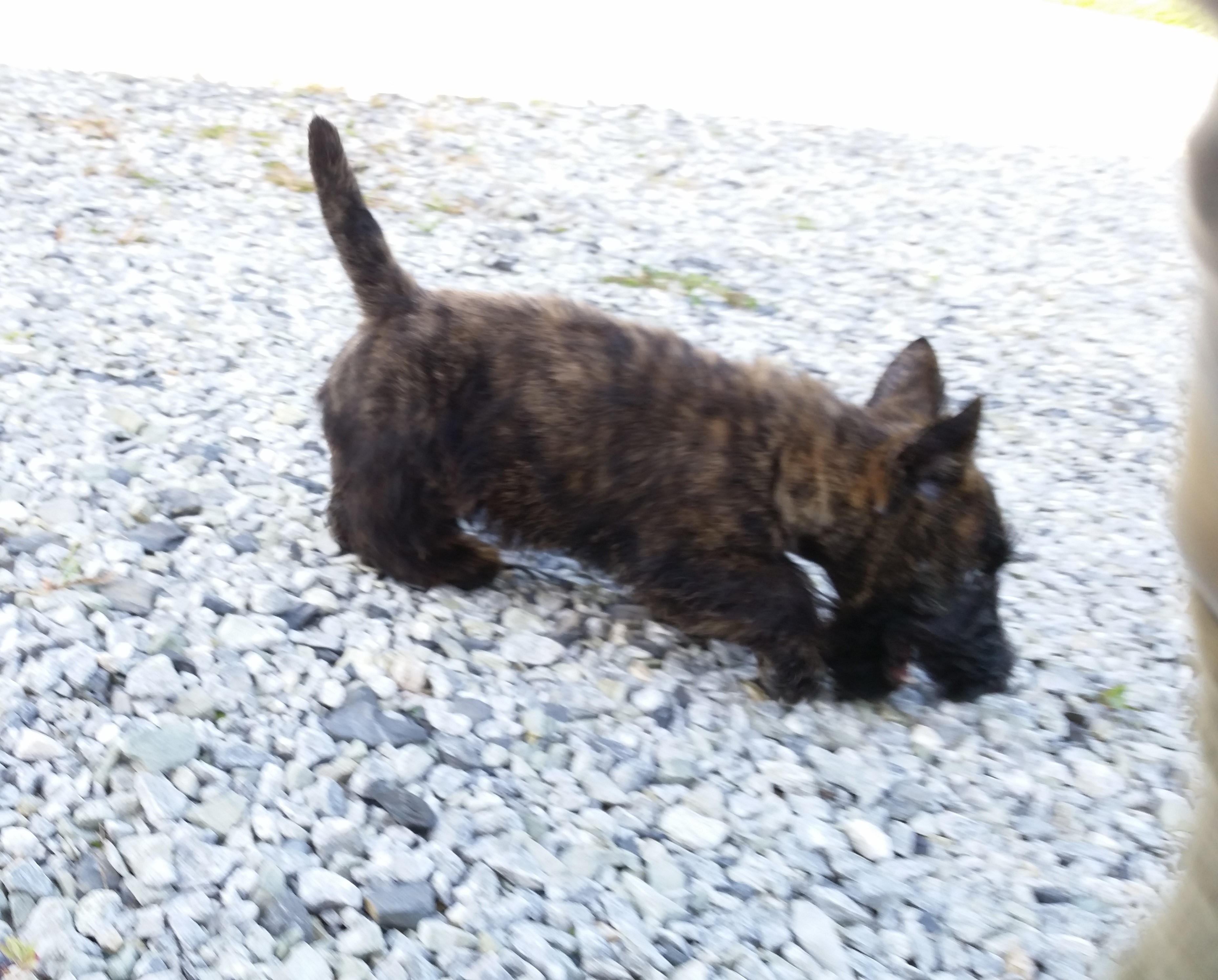 Wallace says this is his rock and no one else’s 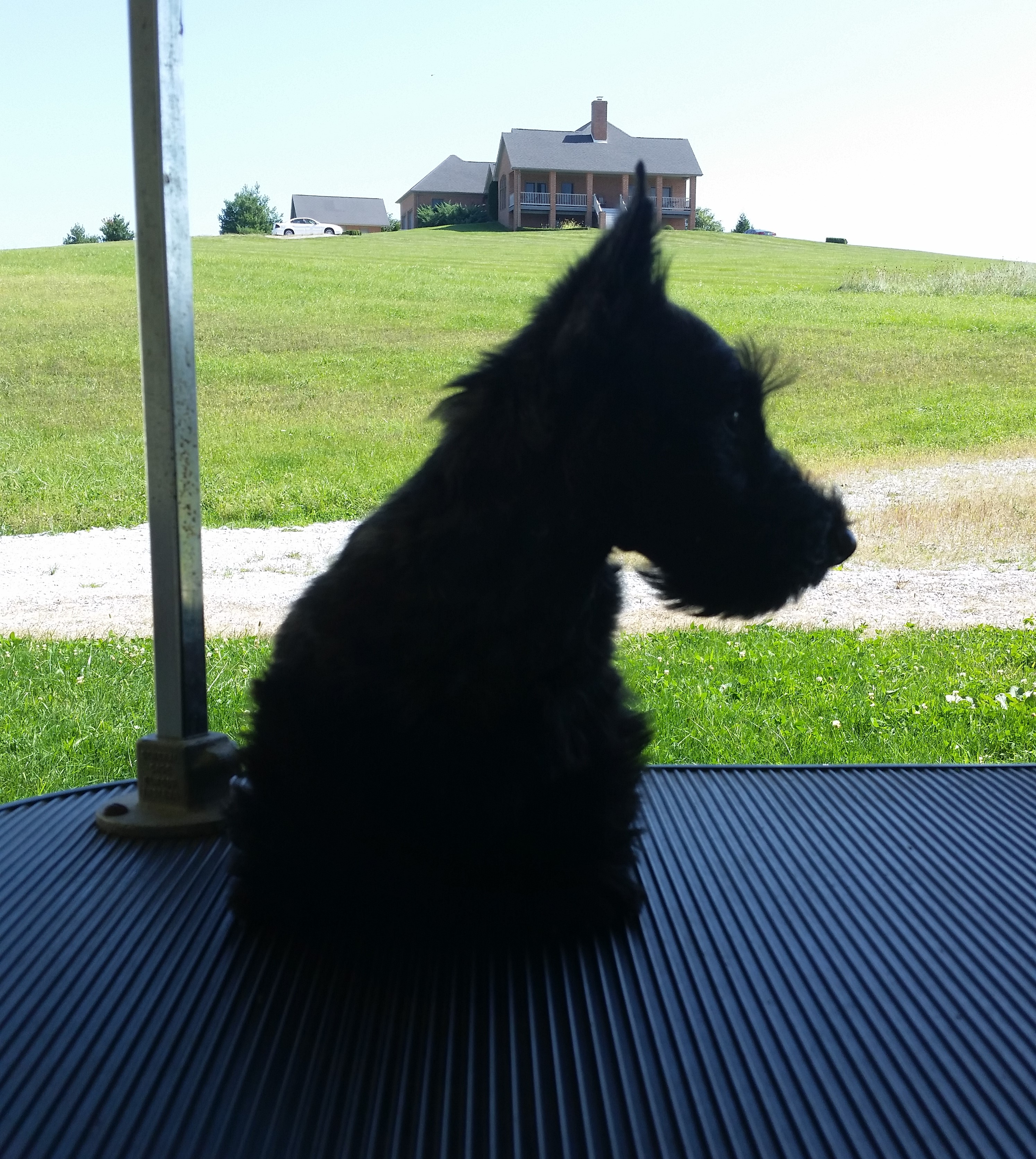 Profile Picture of Acorn on a grooming table 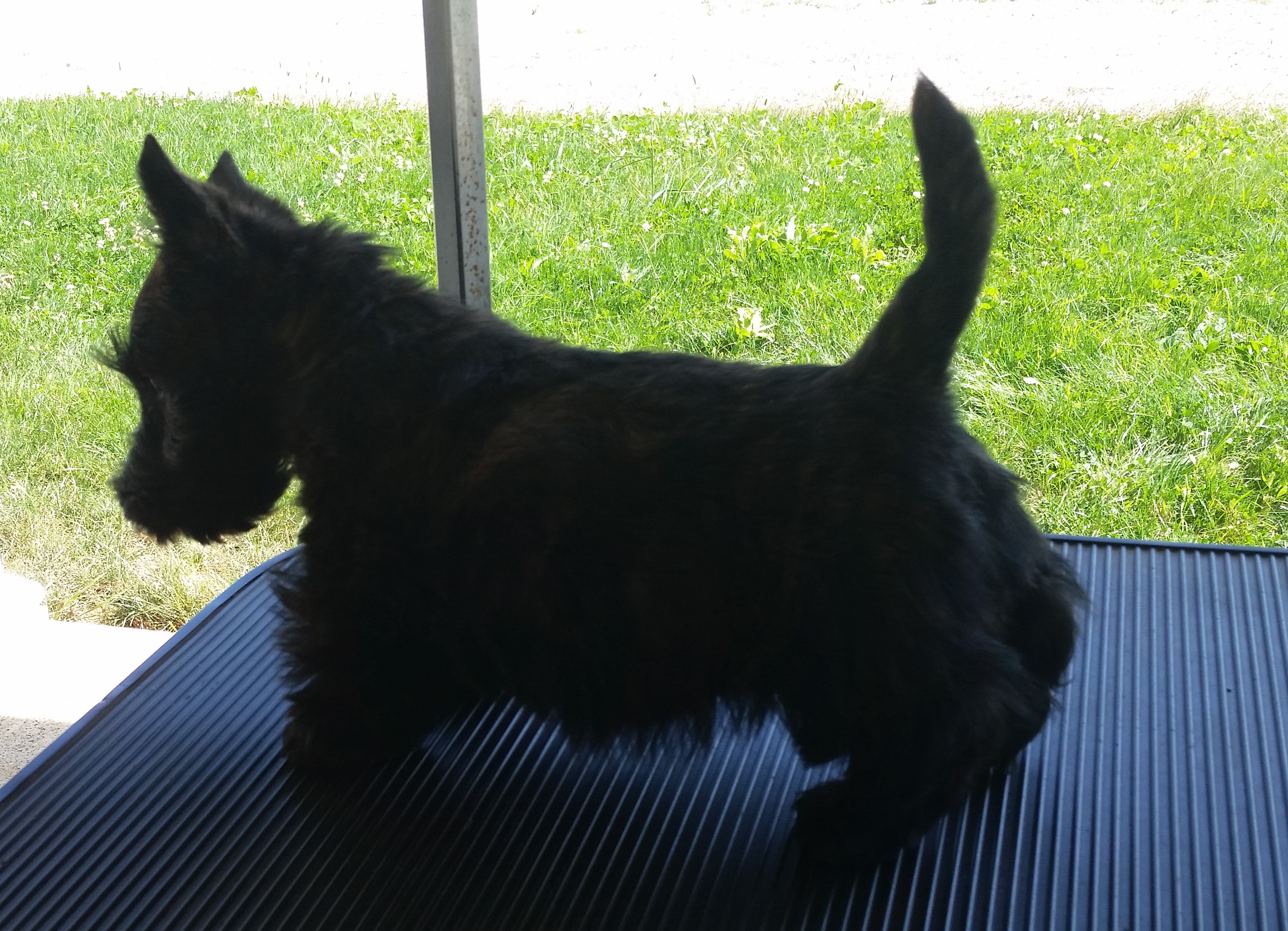 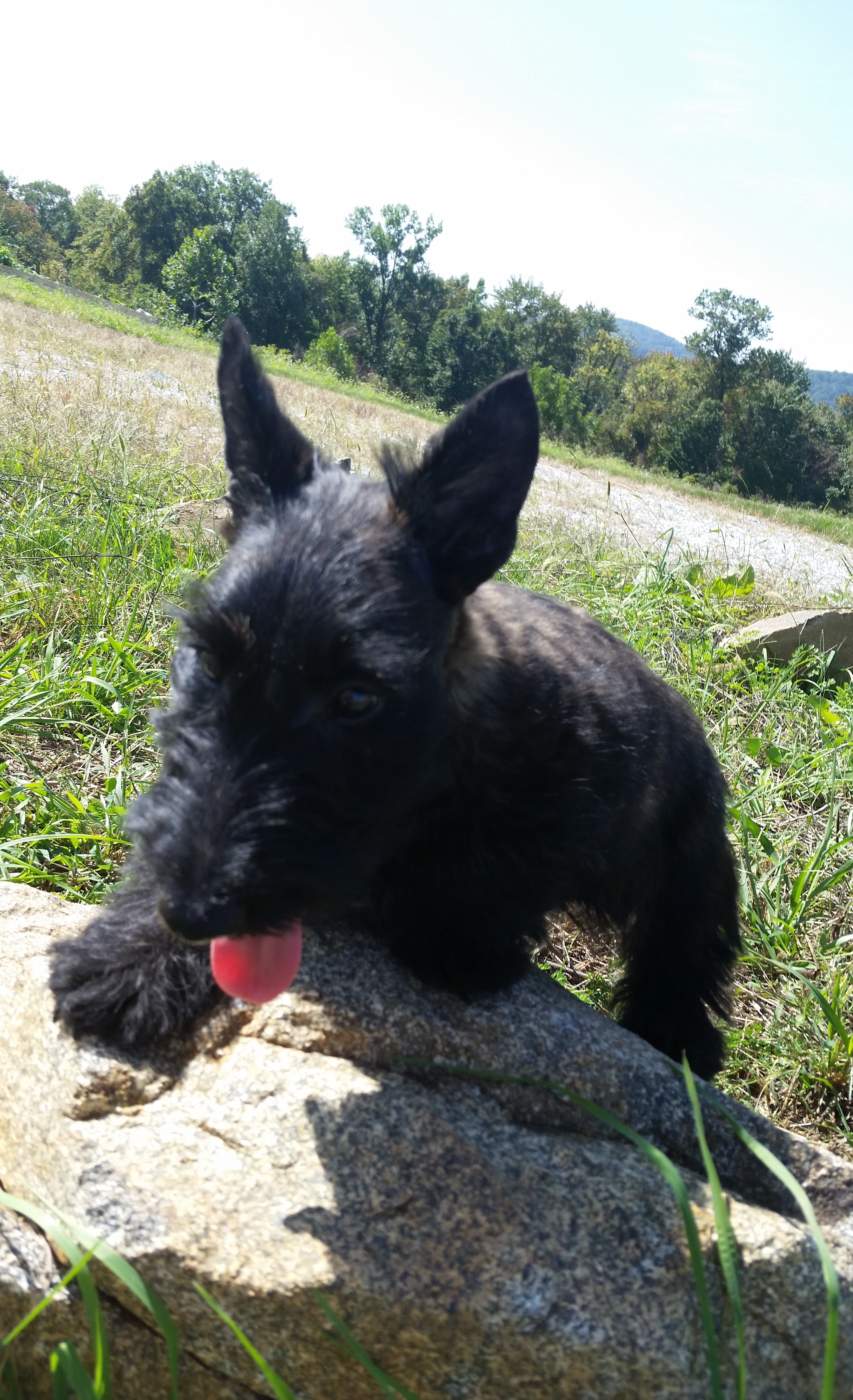 This is Ruthie standing on a rock in our yard 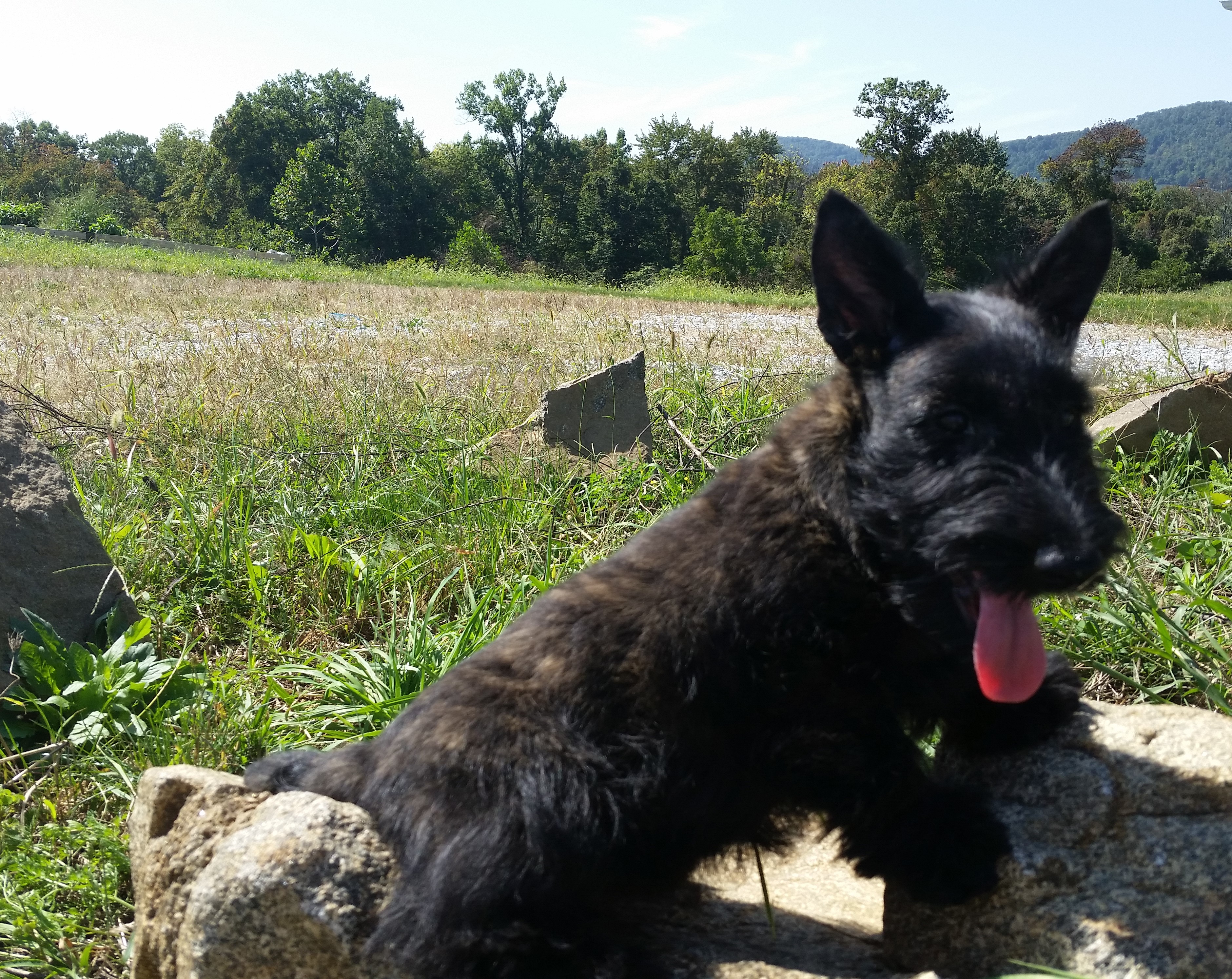 Another shot of Ruthie on the rock in the yard.  As you can see today was a warm day in Gettysburg!

Mousse sitting on my leg 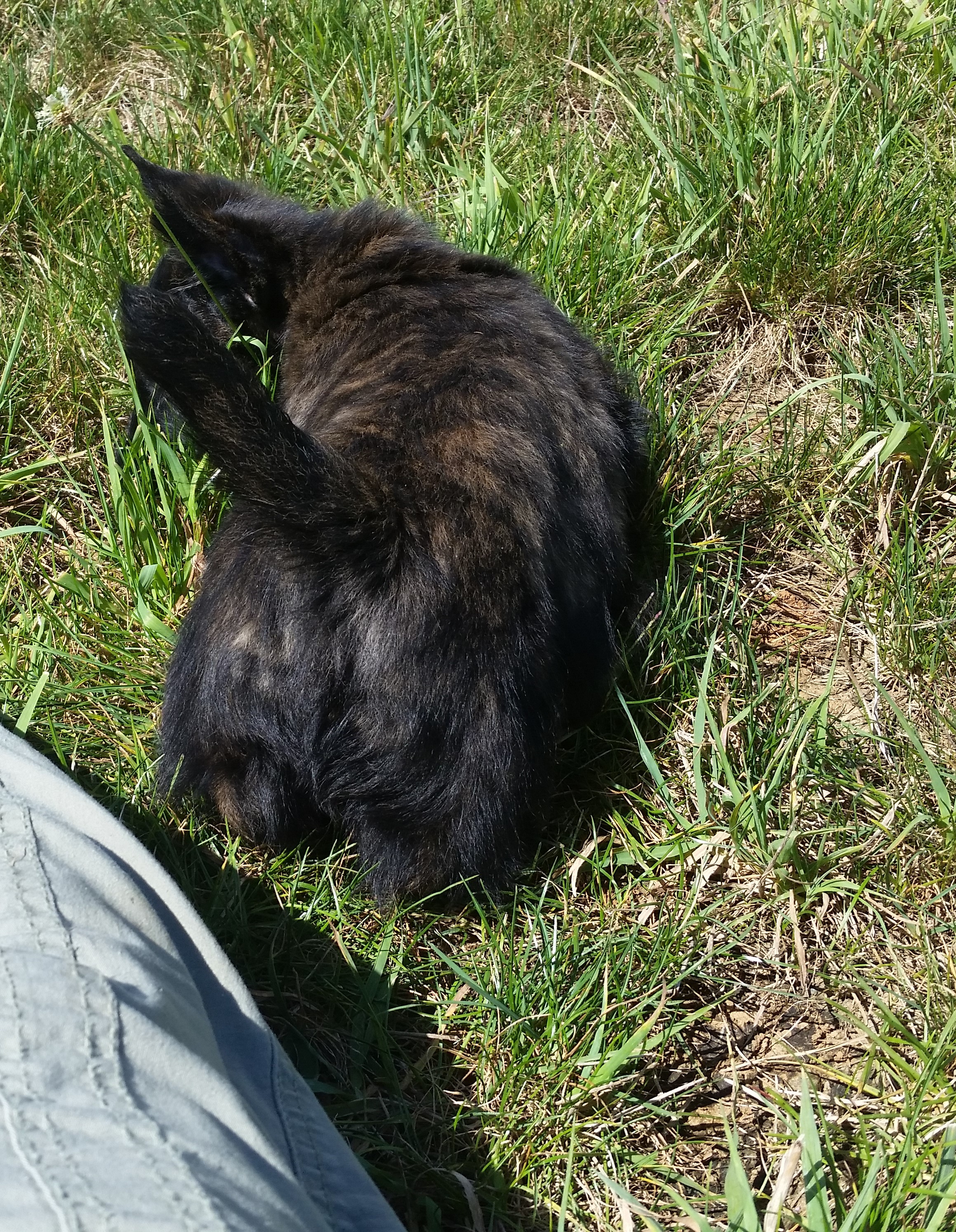 So, these are our kids — they’re wonderful little personalities!  It’s difficult to send them off into the world, but we’ve learned there is only so much square footage in the house……