Moira’s litter of puppies is now 7 weeks old.  They won’t be available to go to their forever homes for another 5 weeks, but everyone interested is welcome to contact us and set up a meeting to see and play with them after they’ve had their first shots (next week).  Moira and Digger (puppy sire) are both brindles, Moira more red than Digger.  All the puppies are brindled, although it’s tough to see the brindling on “Bentley.”  He is definitely a black brindle.

Today was a beautiful day outside so we took the puppies out to have a good time in the grass.  They enjoyed it very much and are now taking the “big nap.” 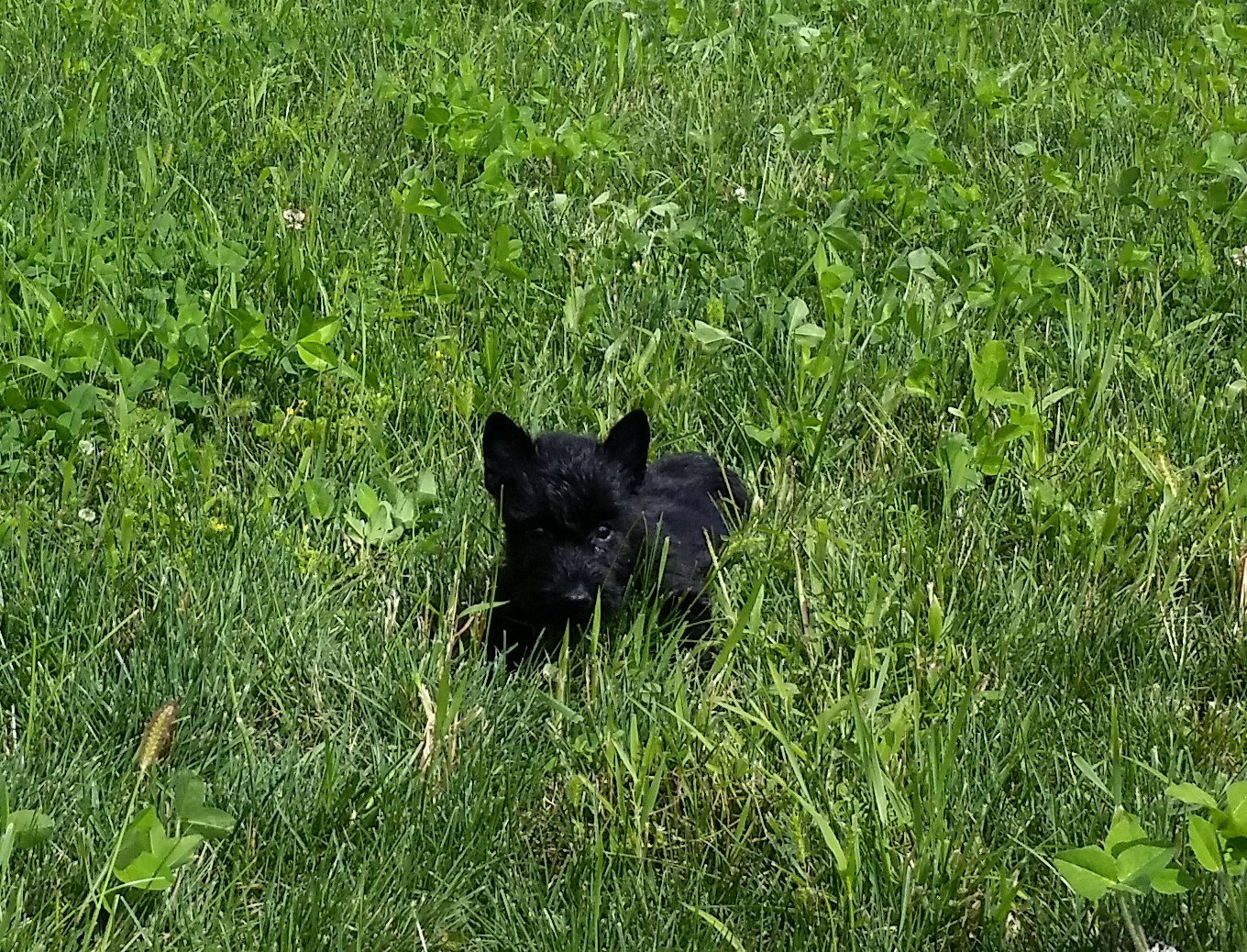 Bentley in the grass

This first pic in our puppies library is the puppy named “Bentley.”  He is the smallest in size, but he has a big heart and is full of spunk.  He’s a black brindle…more black than brindle.  After Bentley has had his second round of shots he will be moving to Manhattan and living with his new mom, Yasmin.  We’re really excited for him!! 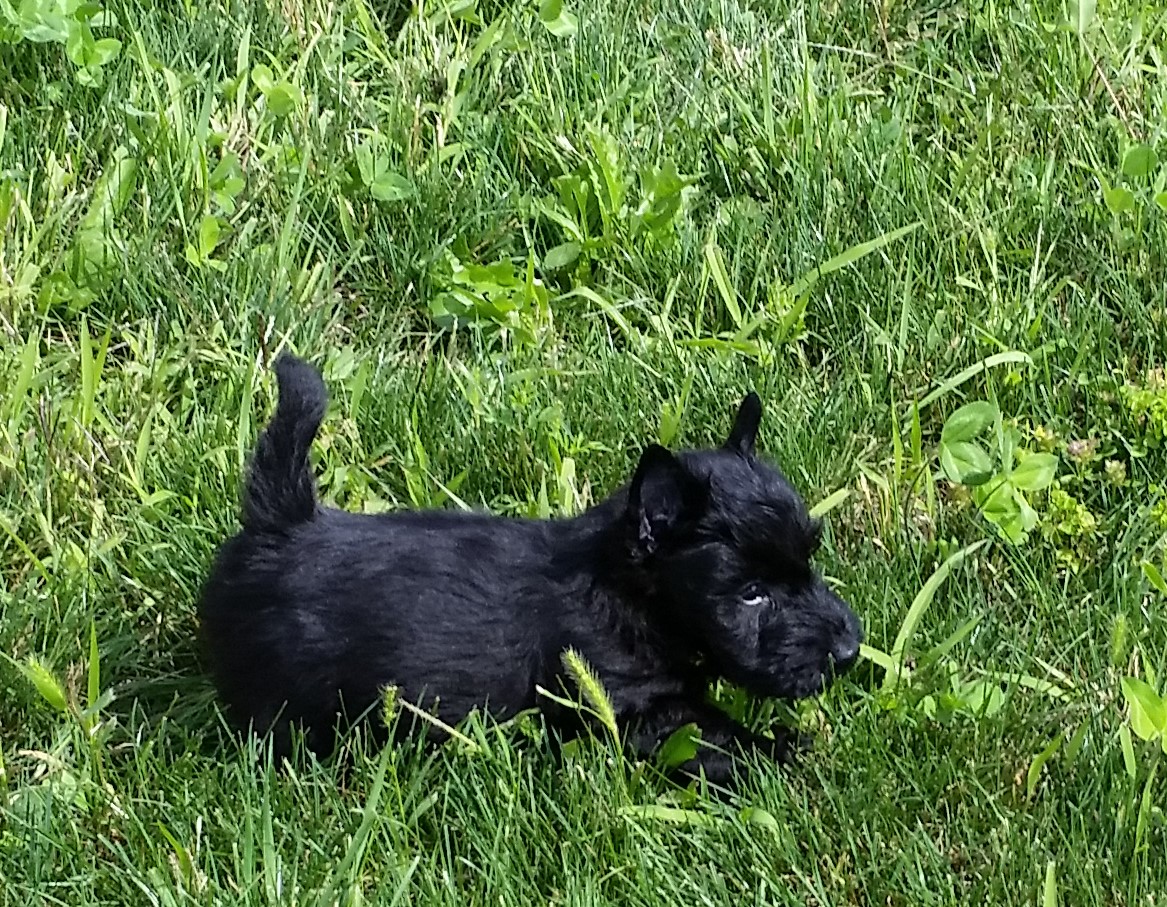 This is another picture of Bentley.  He holds his tail up, but likes it to arch (which looks like a bend).  Very sturdy, very cobby little boy. 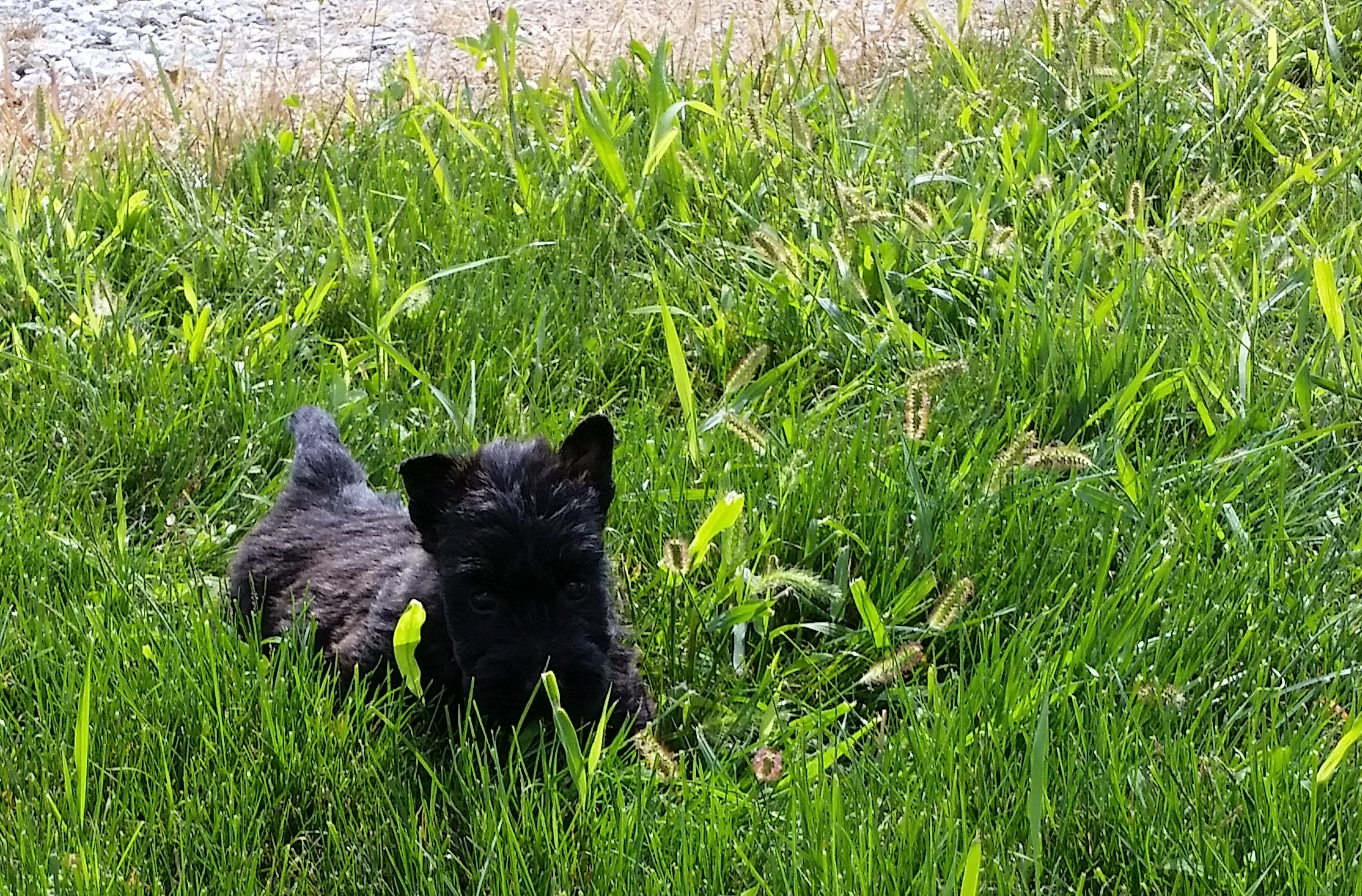 Acorn out in the world

We call this little girl “Acorn” because she was the smallest of the puppies.  She is rapidly catching up to her brothers and sisters.  She’s a red/black brindle.  More red than black, and all over brindling.  One of her brothers (Wallace) has a black mask, but Acorn does not.

This is a video of Acorn having fun in the yard.  She’s a lovely, loving little girl.  Always full of kisses and chin hugs (paws on both sides of human chin while licking face).  We really enjoy her! 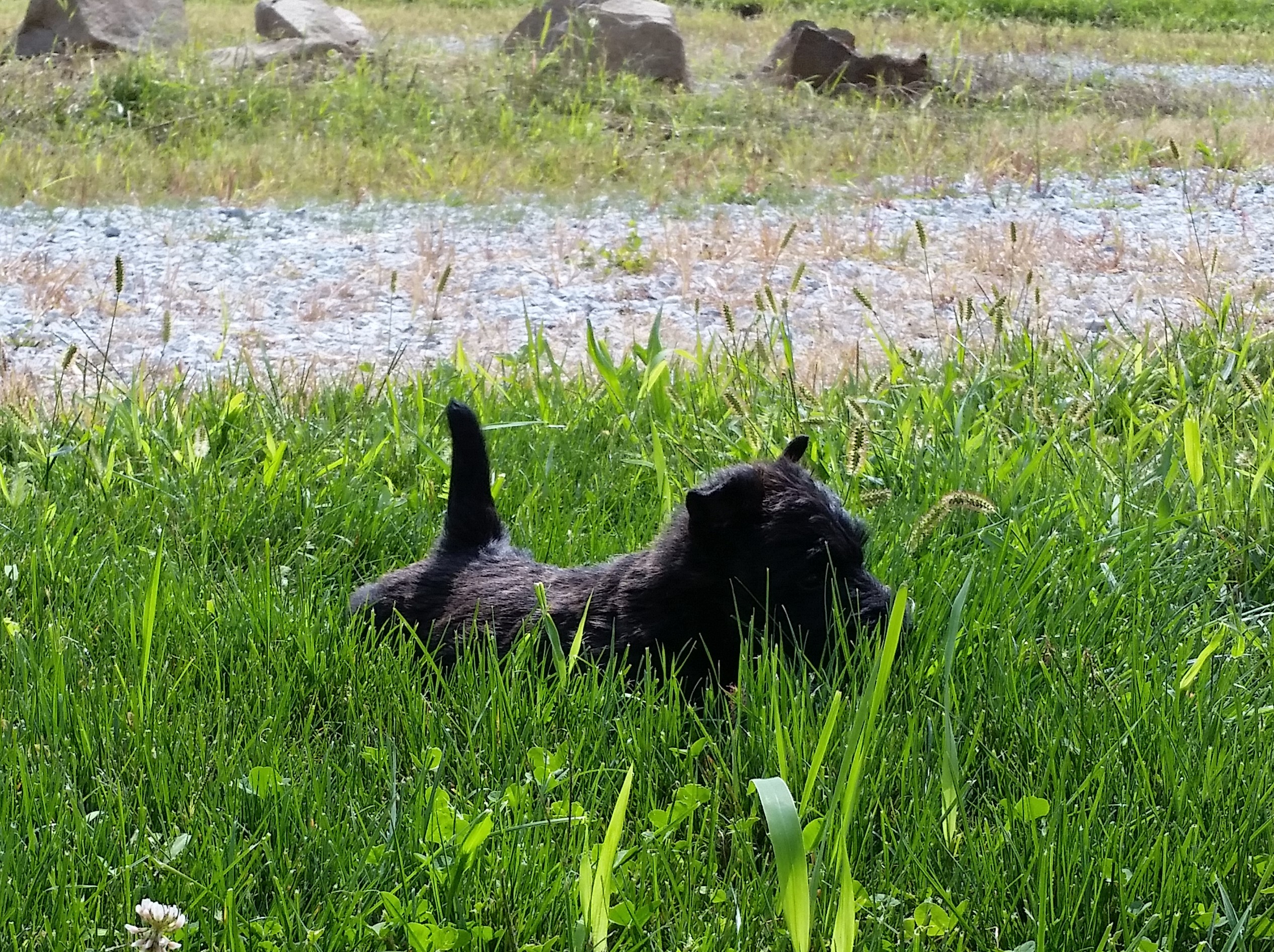 Acorn in the grass 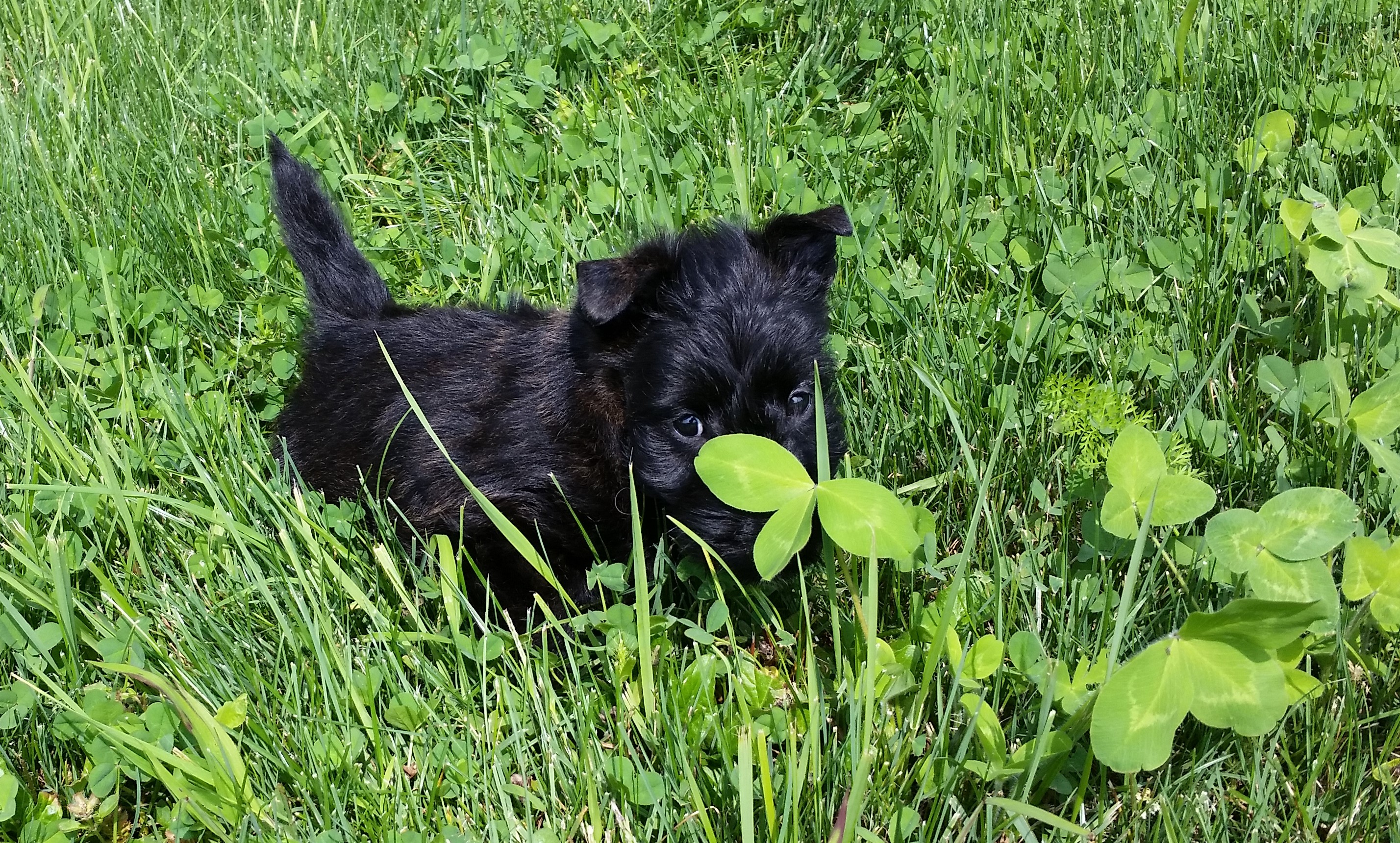 Mousse in the clover

We call this girl “Mousse” because she’s has a nice black (chocolate)/red coat.   She’s very cobby and simply a lovely puppy.  She’s usually one of the first pups to greet me in the morning, standing up so she can get the first hug of the day.

Mousse has a fun milk chin.  She’s a real beauty! 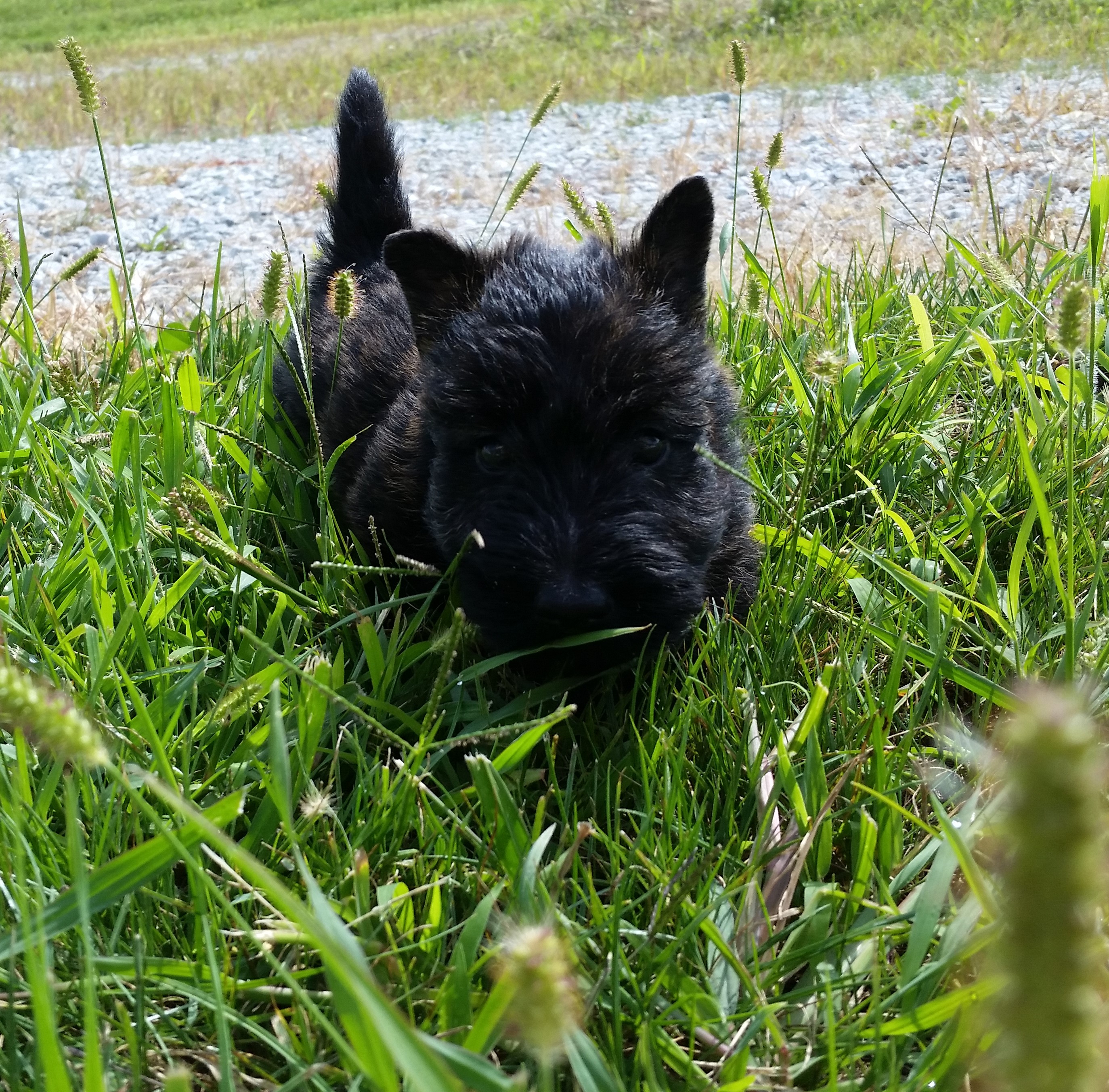 This is Wallace.  He’s a lovely brindle boy – with a small milk chin and a black mask.  He’s very loving and enjoys running in the grass.   As soon as he has his second round of shots he will travel to his new home in Pittsburgh, PA.  His new Mom, Lesley is very excited and is really looking forward to Wallace moving in (and taking over their house). 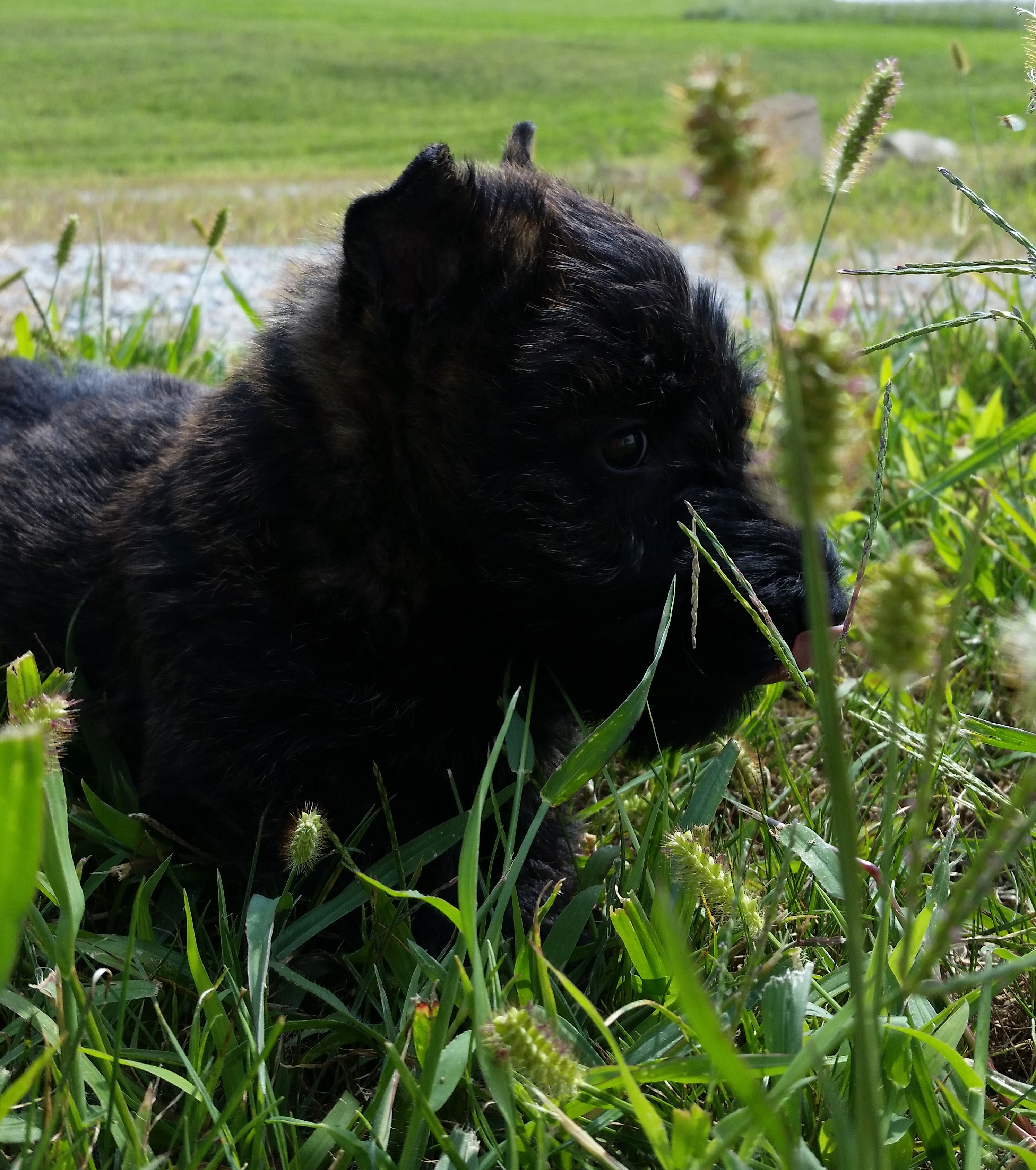 Wallace in the yard 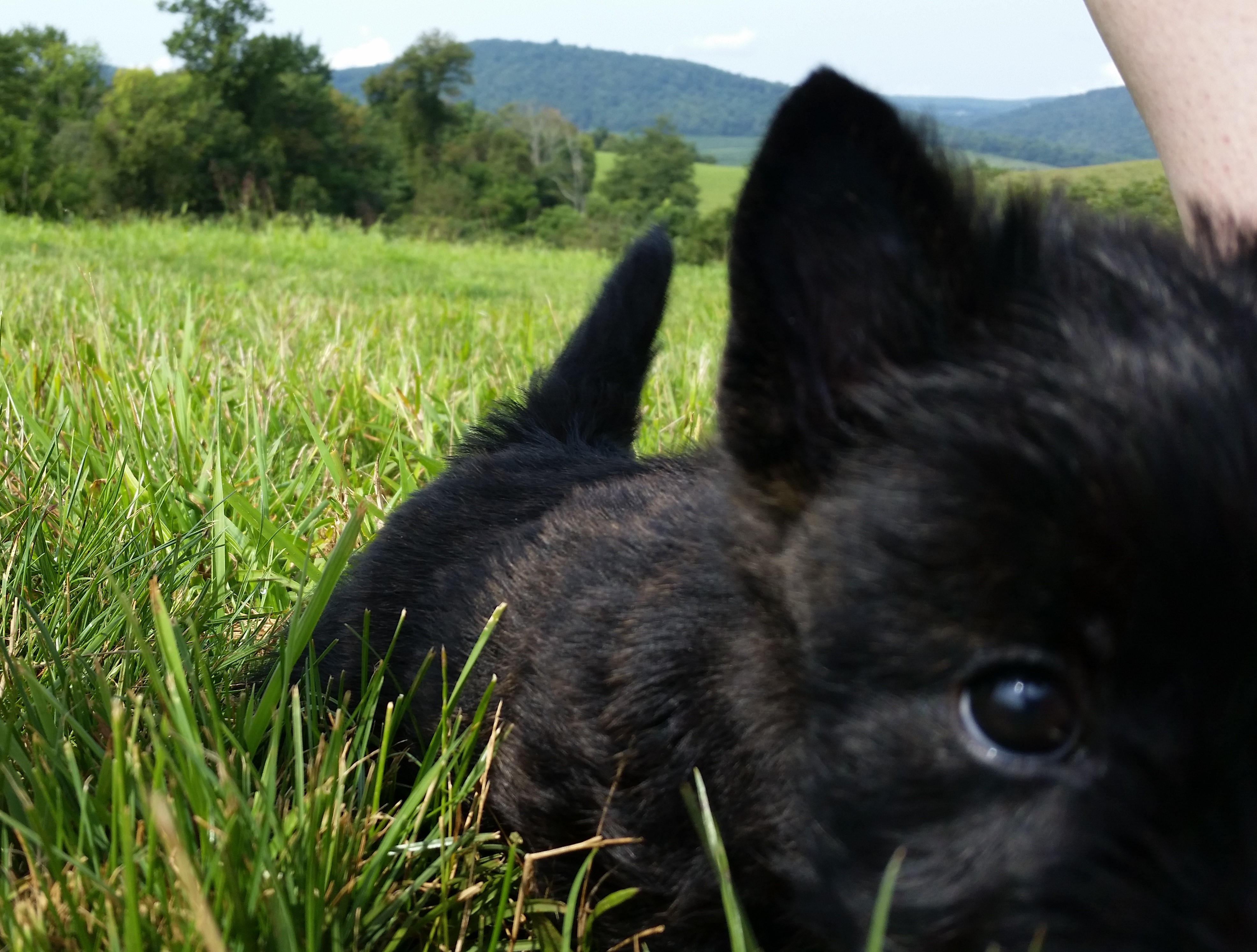 I took this picture to show her Ruthie’s red brindling.  She has a great tail and nice ears.  Very cobby (well, they all are) and low to the ground. 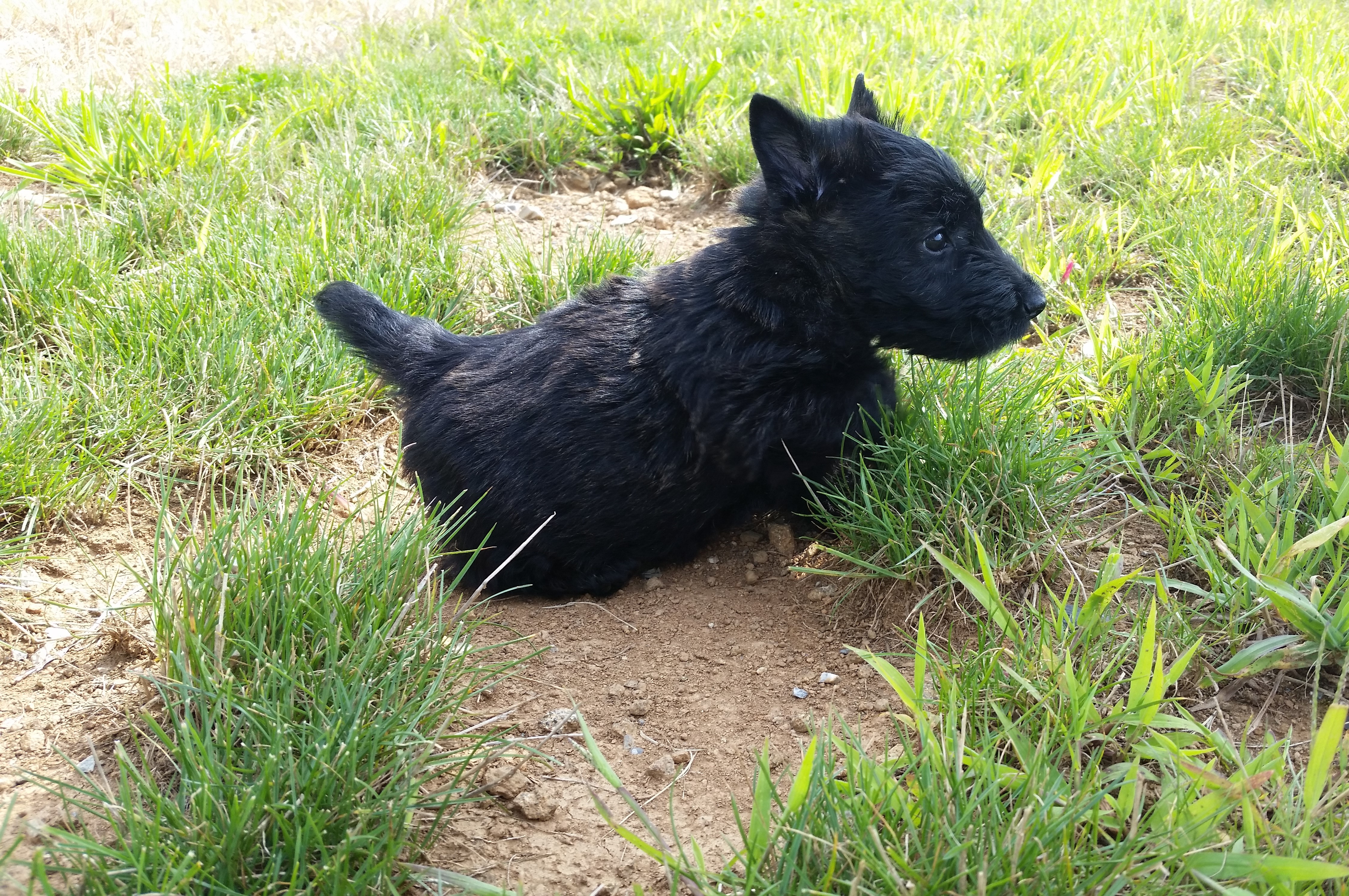 This is Ruthie running in the yard

Ruthie is very brindled, but like her brother Wallace, she seems to have a black mask.  She is another of Moira’s red brindled puppies.